Causes of spray marks: The spray gun is not evenly sprayed when spraying metal paint: 1. The paint after the metal paint is sprayed is not enough; 2. The medium coating is not well polished, not finely lubricated, and the appearance quality is poor. , and the color of the metal base paint is not matched; 3. The metal paint uses a thinner that evaporates very slowly, or the amount of thinner is too much.

Causes of contamination marks: residual water marks, perspiration or post-touch pollution after polishing, these residual pollution can not be seen visually, the subsequent viscosity is not scrubbed, and the effect pigments are disordered at the contaminated part after spraying the metal paint . Placed.

1) Prevention and treatment of spray marks

In the construction of metallic varnish, the parallel orientation of the aluminum powder on the substrate is affected by the solvent motion in the paint film. At the site application viscosity, approximately 85% of the solvent overflowed during the drying process of the color primer. The evaporation of the solvent on the exterior of the paint film causes a change in the external tension, and at the same time, when the primer is dried, the solvent in the paint film continuously moves from the bottom to the outside to cause turbulence or turbulence. In the paint film, the pin powder is affected by the turbulence, and is no longer placed in parallel, and finally "freezes" in a skewed orientation. If there is a lot of solvent when the primer is touched with the substrate during the construction of the metallic varnish, the movement is intense during the drying process of the primer film. On the contrary, if there is less solvent in the construction process, the orientation process of the aluminum powder sheets placed in parallel will not be greatly affected. Thus, the color primer is "dry sprayed" to reduce turbulence in the film formation process to achieve maximum metallic light effects. Inductively summarizing the above factors, the best way to paint the primer dry spray and the clear varnish wet spray. In addition, in the specific construction method, it is required to be used several times, each layer is thin, repeated spraying, instead of a thick film construction method, the flashing time is sufficient, so that the solvent is fully evaporated, so that the solvent evaporates as much as possible before the varnish is applied. Go out.

The pollution before the paint is mainly from the polishing ash, touch, water stains, sand marks, putty. Scrubbing after scrubbing and viscous cloth scrubbing before coloring can be useful to remove sanding ash. It is difficult to erase the sweat that has been touched, the cosmetics applied to the skin, and the residual water stains. It can be scrubbed with absolute alcohol or isopropyl alcohol. The proper application of fine sandpaper in the middle coating can improve the sanding marks, and spray a layer of quick-drying primer in the direction of the sanding marks and the putty to fill and cover.

3) Prevention of back spots

Pick the right thinner based on conditions such as temperature. The drying agent selected for the metallic paint should be dried at a relatively faster rate, and the diluent used for the varnish should be dried at a slower rate. The metal base paint adopts a low boiling point solvent (mainly toluene, adding a small amount of ethyl acetate, etc.), so that the base paint film adheres to fast drying. Most varnishes use non-polar solvents (mainly aromatic solvents).

Silver powder has a problem in the paint due to its sheet-like structure. If the silver powder is placed poorly, the color will not meet the requirements, and it is not easy to construct, and it is easy to cause marks and affect the decoration effect. Therefore, how to control the placement of silver powder and prevent stains is a problem that must be solved by the skill and construction personnel. 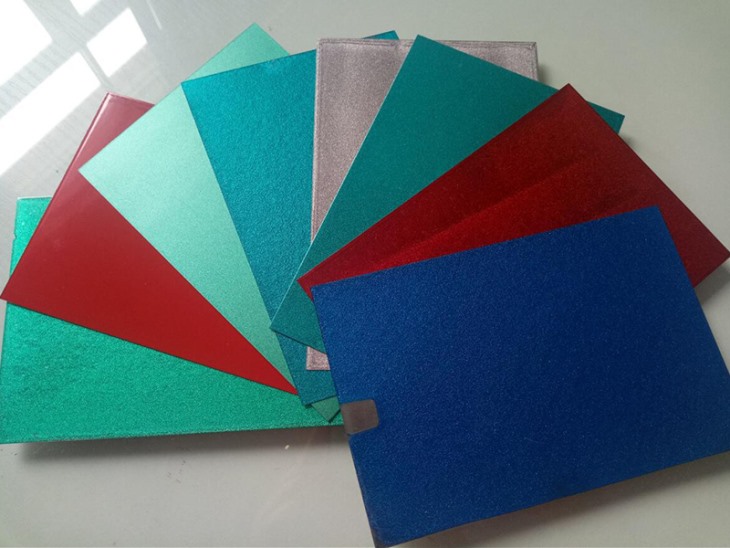 下一条: Electroplating varnish|Preventing the oxidation of the plating layer with nano anti-fingerprint oil