Road paint is a common name for road marking paint, also known as road marking paint and road anti-skid coating. The following is a detailed introduction to the application of road paint by the color wear-resistant pavement paint manufacturer.

Because the colorful road anti-skid coating is simple in construction, colorful in color, relatively stable in color fastness, relatively cheap in color, and excellent in anti-skid effect, it is used in bus lanes, highways, toll gates, highways, downhills, crossroads. The roads in traffic accidents such as round-the-island and bus stops are widely used, which has played a very good safety warning and anti-slip effect. The coatings will be used more and more in the paving of colorful pavements at home and abroad.

Colorful anti-skid pavements are widely used in developed countries such as Europe. Many comparative data prove that its application is not only conducive to traffic congestion, but also a means of preventing and controlling road traffic accidents. The colorful non-slip road surface drives the driver on the prescribed road surface through different colors of the road surface, thereby avoiding the mixed traffic of different vehicles. Prompt to drive the risky section in front of the person and provide a good anti-slip effect by providing a high-friction finish. Drivers entering the above sections can slow down early and, under tight conditions, can shorten the braking distance by 1/3 to avoid malicious traffic accidents. 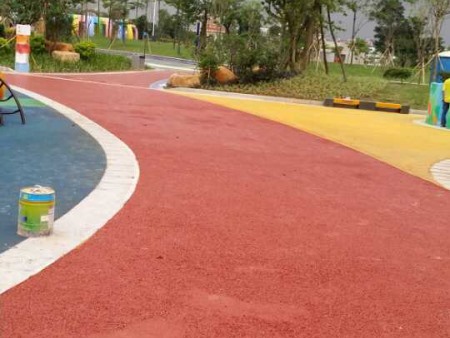 Previous: Electroplating varnish manufacturers explain the reasons for the discoloration of paints and preventive methods