The principle of cracking in a conventional solvent-based cracked paint has three criteria: reducing the amount of base material, adding the amount of pigment and filler, and increasing the volatility of the solvent. Crack lacquers made with these criteria have greater shortening and lower flexibility, resulting in higher tensile strength from internal stresses, uniform crack formation, and exposure of the primer to the color of the primer. The crack lacquer formed by this principle does not require special requirements for the base color coating used in the matching, and only needs to adhere to the general supporting principle of the solvent-based paint. However, this traditional solvent-based crack lacquer is not only brittle, but also has poor adhesion. It is necessary to apply a layer of varnish to protect the crack lacquer from falling on the surface of the crack lacquer.

In addition to performance shortcomings, solvent-based crack lacquers use a large amount of organic solvents, which not only pollute the environment, but also cause fire, blasting hazards and damage to the health of operators. Therefore, water-based crack lacquers have been studied in many areas recently. In Japan, cracked lacquers for asbestos sheets were used, and organic paints were used as base paints (including water-soluble paints and latex paints). After drying, inorganic phosphate paints were used as crack finishes. Cracks are formed by a high rate of shortening of the difference in the surface tension of the inorganic phosphate coating on the organic coating. The appearance of this cracked paint is bright and hard, with the visual and feel of the tile, which can overcome the shortcomings of the phosphate coating of the asbestos board. Another research direction for water-based cracked paints is to use water-based paints for both primers and topcoats. The choice of aqueous resin is the key to the success of such aqueous cracking lacquers. In order to achieve the desired decoration effect, it is necessary to use a special performance water-based resin. Such a resin can form a film together with a cracking appearance on the exterior of the paint film, thereby protecting the substrate. In other words, it is necessary for the resin suitable for the aqueous crack lacquer to have a positive effect in the intermediate state of film formation and non-film formation, reaching a balance between decoration and protection. 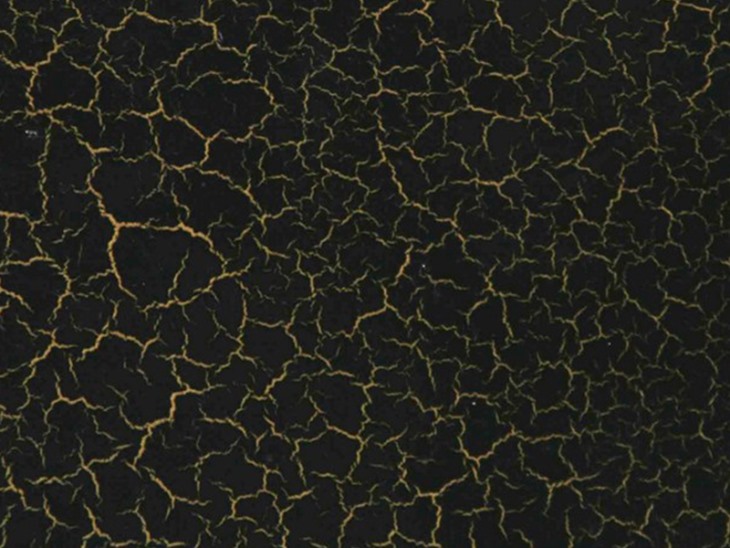